I wrote the first part of this post about a year ago, and in that post, I talked about shows that I happened to stumble upon that weren’t necessarily new or trending. This time, I figured I would write more about Netflix Originals since so many have been released in the past year. Other than Fuller House and the Gilmore Girls revival, both of which I’ve already written about in two separate posts, here are some shows on Netflix you should watch when you have some time off. 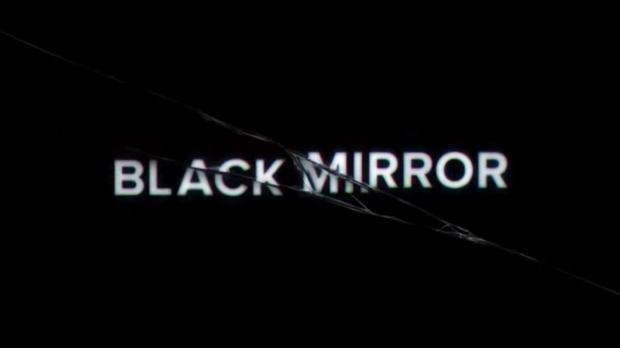 My boss very enthusiastically recommended this show to me, and since he is the one who sent me down the Walking Dead black hole, I knew Black Mirror had to be worth at least one watch – and since the first episode, I haven’t been able to think about anything else. Black Mirror explores the dark side of the evolution of technology, and delivers very realistic story lines about the possible repercussions should technology continue its reign over society. One of my favorite things about this show is that each episode is a different story with all new characters, so you can jump around seasons if you come across an episode you want to watch. If you’re cotton to shows like Doctor Who or The Twilight Zone, Black Mirror will definitely provide you the same satisfaction. If you want to see this show yourself, which you definitely should, my personal favorite episodes are “Shut Up And Dance” and “Playtest.”

In case you haven’t been around to witness the hype behind Stranger Things, I am here to provide you that opportunity. This past summer, I saw a sudden surge of posts about this show, and being the bandwagon fan I can be sometimes, I decided to give it a watch – and finished the entire first season in a span of a few days. I went into watching Stranger Things blind – I didn’t bother looking up any synopses or any trailers prior to watching the first episode. The only thing I knew about this show was that it takes place in the early 1980’s, and as soon as I heard that, I immediately became invested. Using Dungeons and Dragons as the backdrop, Stranger Things delves into the lives of four young children who live in a small town when one of their friends goes missing. If mystery and science fiction are your thing, give this show a watch.

Paul Rust (also a co-creator of the show) plays Gus, an awkward on-set tutor with big dreams of writing for television (LOL MEEEEEEEEE). Gillian Jacobs plays Gillian, a spit-fire program manager at a local satellite radio station. The show begins with Gus and Gillian at the tail end of their own respective long-term relationships, and through a series of events, end up crossing paths at a gas station. The show revolves around their lives together thereafter. Love captivated me because of its charm, as well as its real and honest portrayal of a love story, rather than the sugar-coated fairytale-esque stories you tend to see a lot of in film and television. The fact that Judd Apatow co-created this show with Paul Rust was also a major plus for me.

Chef’s Table isn’t a show that I’ve consistently been watching, but have been meaning to watch more of since a friend of mine showed a few episodes to me. This docuseries highlights a different world-renowned chef in each episode, and tells their story of how they reached their success. What makes this show so captivating isn’t just the pretty shots of the food and overly descriptive recipes using words I don’t know (if I wanted to watch a show about food, I’d watch Top Chef), but more so the story behind the person making the food, and learning about different chefs’ approaches to cooking. It’s fun and entertaining seeing chefs scramble around each other in a kitchen to make a dish, but the stories and inspiration behind each dish and chef testimonials win me over tenfold.

Grace & Frankie revolves around two divorcees whose respective husbands leave them for each other. I’m always a huge fan of comedies that are smart and witty while still tugging at your heartstrings at the right moments, which is exactly what this show does. Though the premise of the show is amusing, the show still has a serious side as it acknowledges the heartbreak that comes with divorce. What gives this show further dimension is the fact that the two main characters (played by Jane Fonda and Lily Tomlin) try their best to build each other up despite their differences. There’s also something so refreshing about two veterans in the entertainment business, Fonda and Tomlin, working together on a TV show whose premise is much more progressive than the ones from back when they first started in the industry. Even though some of the dialogue of the show goes over my head, given that someone my age is probably outside the target demographic of the series, I still found Grace & Frankie to be plenty charming and endlessly entertaining.

Are there shows, either on Netflix or other platforms, that you would recommend? And if you gave any of these shows a watch, what did you think? Leave your thoughts in the comments.